"You shouldn't need a case"

A few weeks ago this opinion wandered across my social media streams. At first, it seems level-headed and sensible. The more I think about it however, the more short-sighted it seems. If you've never needed a case, or never had problems holding your smartphone, it might be easy to think that your experience applies to everyone.

I, for example, might never really need a case for my phones. I'm fairly careful with them, mind where I put them, and have good dexterity and spatial sense. To date, I've never broken a phone.

Many of my friends and loved ones, on the other hand, both have balance, dexterity, and spatial problems. Dropped phones are frequent, and in some situations you'd be certain that the device would have shattered to pieces. One of my housemates refuses to even touch a new phone until it's in a case for fear she'll drop it. Furthermore, dexterity issues make gripping today's comparatively razor thin devices a hand-cramping experience that exacerbates repetitive stress injuries. I prefer to wrap my phone in a bulky case because I find it easier to grip and type.

But we don't build thick phones, marketing is complicated.

While Samsung has gone to lengths to add gimmicky enhancements on their devices, it's often said that Apple's strategy is to focus on thinness. I find this a superficial way of looking at it, but it does have a grain of truth.

Thick devices are associated with the past, where technology necessitated bulky, clumsy devices that you were meant to endure, rather than love. The last few years have shown that there's a distinct market for thinner, lighter devices that are easier to carry at all times. This is particularly important for smartphones that increasingly are in everyone's pockets and command a considerable amount of our daily attention. The easier a device is to pocket and carry, the more we'll do it. The lighter it is, the more we'll use it for longer periods.

There's also a cultural appeal to small devices. Thin, sleek devices are much easier to pair with thin, sleek people and plaster them into posters, ads, and commercials. In USian culture, we associate thinness, youth, vigor, and sleekness. Conversely, our fatphobic culture associates bulkiness with age, lack of mental acumen, and unattractiveness. No company wants to make a bulky phone because they're sure no one (outside of a niche market) will want to buy it.

But we don't build robust phones either, industrial design is hard.

So why don't we make phones tougher, more resilient, without compromising marketing appeal? The simple answer is that it's much easier to complain about it in a blog post than to actually try to solve the problem. The common example is that an old Nokia candybar phone could be thrown out of a car window at speed and still be functional, whereas an iPhone 6 could be dropped 3 feet and be rendered useless.

To think these two experiences are equivalent is a fallacy. The two devices are, from a manufacturing and material sense, very different devices. The candybar phone has a small, inset LCD surrounded by copious plastic. The primary interface was physical buttons, often provided by a durable and water resistant rubber membrane. The surface area of the Nokia that can be compromised by a fall is very small, and protected by techniques that go back 20 years.

The iPhone on the other hand, has a large cross-section of interface. The device is physically wider, and has a more lopsided cross-section when comparing width and depth. This makes it more prone to damage in falls. The LCD has to be closer to the surface of the device for a good touch experience. Thick bezels around the screen are seen as unmarketable and lacking in aesthetics, further compromising the shock integrity of the device. Use of metal bodies is seen as a premium feature, but metal has limited impact rebound after deformation compared to plastic.

Despite this, phones have gotten more durable. Gorilla Glass, sapphire lenses, an more durable frames have been a subtle, but easily ignored feature of phones in the last few years. If it weren't for the marketing pressure to make thinner, sleeker, and more premium feeling phones, we might not need cases by now.

But we still have cases, making compromises is hard.

Every smartphone today is an exercise in compromises from an industrial design perspective. Use an all-metal back? Worse reception. Want it lighter, thinner? Lose durability. Want less bezel around the screen? Make it more damage prone.

There's also the compromises related to material availability. Samsung and Apple make it look easy to assemble the perfect package of SoC, sensors, screens, and batteries. Tech bloggers often perpetuate this perspective, and incite anger when smaller manufacturers have difficulty sourcing materials and building the perfect package cheaply. Smaller electronic engineering outfits often have to design around the key components they have available.

They can't just "fill the remaining space with battery" because it's not that simple. Unless you command a huge market share and your own factories (like Apple and Samsung), you're stuck with what components are off the shelf. Sourcing materials is often a nightmare that the likes of Andrew "bunnie" Huang, the EEVBlog guy, Adafruit, the Raspberry Pi foundation, and countless Kickstarter, Tindie, and Indiegogo projects must endure. Even full-stack manufacturers must yield to the physical problems of assembling LiPo batteries, surface mount components, chips, heat dissipation, health and safety laws for dozens of nations, board layout, and on and on.

When you put all this together, you're left with what we have: Thin and sleek devices that are marketable, but not the most durable. Cases are a compromise that some are willing to make for a variety of reasons. People. Are. Not. Uniform. The problem is, devices must be uniform in order to be profitable, and to justify the colossal investment of equipment needed to create them. That essential tension is why we have cases. Some people don't use them and never needed them, others won't touch a new device without wrapping it in rubber, foam, and plastic first. Your experiences are NOT universal.

Moreover, most people don't really care. To them, a phone is a just a tool, a useful thing that occasionally is nice if it's pretty. They aren't a status symbol or social signalling of their popular acumen.

It's just a phone. Sometimes with a case. Your mileage may vary. 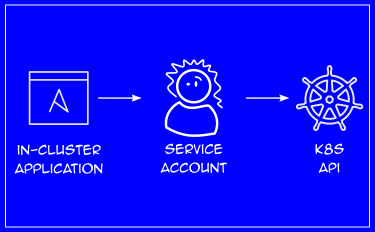