London, 2027. A rumbled, tired-looking man walks into a crowded coffee shop. Inside, both the patrons and staff are transfixed by the ultra-thin monitor that seemingly hangs mid-air. A news special plays announcing the death of a young man of 18 years. The man works his way through the crowd to the counter, and apologetically orders a latte. The news continues; knifed behind a bar, "baby" Diego was killed by a fan asking for his autograph. He was the youngest person on earth. "Thank you," mumbles the rumpled man, as he walks back through the crowd and toward the exit and out onto the London street. The world outside is a simmering multidimensional display of LCD, constantly moving, covering every available surface. From the double-decker buses, to buildings, to the three-wheeled motorcycle taxis that rush by. The man stops by a newspaper box setting down his coffee. From his coat he produces a small bottle of whiskey which he pours clumsily into the paper cup. Returning the bottle and the lid of the latte, he begins to walk to work solemnly.

A loud explosion fills his ears as the shop behind him becomes a rush of fire and gray smoke. Nearly blown off his feet he turns to look at the aftermath. A woman emerges, hysterical and disheveled, a severed arm in her hand.

The title flashes, "Children of Men", boldly, silently, hauntingly, across the screen.

When I first heard of this film, it was through the multitude of ads. I've become easily annoyed by them due to their general lack in my life. I don't watch television save for a few shows. I don't listen to broadcast radio, as I constantly listen to Sirius. However the ad campaign for this film seemed to follow me around the last week enough to become annoyed. What irked me in particular was how it was described as "Blade Runner for the 21st century". Blade Runner is consider a sci-fi classic, and is still one of the best examples of a dystopian future to date. It shares a number of similarities to this film. It doesn't assume to be sci-fi, it simply is sci-fi by the fact that the timescale has been advanced and technology has changed. Humanity is still the same pathetic, grimy wretch that we know it is today. Star Trek this isn't. People still eke out an existence doing whatever they can, those in power are still corrupt and insular, and advertisement is ever-present.

And while both films occur against a futuristic backdrops, their stories are as old as the Akkadian Empire. In Children of Men, an illegal alien -- or "fugie" assumingly for "fugitive" -- is found to be the only fertile woman alive (Claire-Hope Ashitey). She and the rumpled man, played by Clive Owen, must find their way through shimmering cities, menacing relocation camps, and deadly battlefields to reach the sea. They they hope to meet a boat which will take her to The Human Project, which aims to revitalize the species -- if it exists at all. A similar story could be told against the backdrop of Nazi Germany if one changes a few details.

By having it near future, the film gains the added dimension of a haunting message for what is to come. England has become a fascist county. The borders have been closed years ago and illegal immigrants are herded into buses, wire cages, or to their knees with the sign of "Homeland Security" hanging overhead. In the outside world governments have collapsed, riots and violence prevail. And all of this is summed up in a 30 second advert ending with "Only England Soldiers On" to the toll of Big Ben. This initial part of the film is starkly reminiscent of the graphic novel V for Vendetta which I'm currently reading (and coincidentally, given to me for Christmas by a British man). Sadly, there is no masked figure in Children of Men to set the world right.

Children of Men is supremely directed. It's stark storytelling is met only by it's swift brutality. If a character's tenure has come to an end, it isn't met with the hollow nobility and dishonest orchestral rise as in Mission to Mars. This fact alone sets it apart from nearly any other film I've had the privilege to enjoy. While my description of paints a dark and inhospitable world, the director choose wisely to insert dry humor (humour?) at key moments. The purpose of this was not to be funny, but to break the tension. Otherwise, this film would simply be too much to bare.

While I only have seen the film once, it already ranks among a special set of films for me. Along with Serial Experiments Lain, Grave of the Fireflies, and Schindler's List, Children of Men is a film that intimidates me. It is a film that gets under my skin and touches my core. It is a film I am quick to suggest, but afraid to watch again. To me, it is the highest honor I can give. 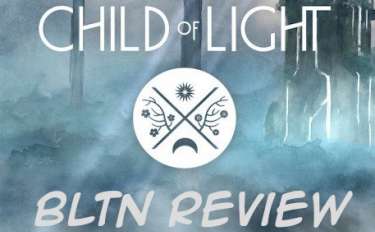