This chunk of basalt is perhaps one of the most iconic artifacts of ancient history. It's so iconic, that it's become a metaphor for "something that allows to interpret".

The Rosetta Stone has three identical blocks of text in three different languages. From top to bottom, hieroglyphics, demotic (a later Ancient Egyptian script), and finally classical greek. Until it's discovery, we couldn't translate much of egyptian script. The Rosetta Stone allowed us to translate the older scripts by keying off of names. We can read names easily enough in greek, but not in the older scripts. Thankfully, hieroglyphics encircle names in a cartouche. It looks like an oval with a line along the narrow side, perpendicular to the length of the oval. By comparing the names in greek and in the hieroglyphics, translation was possible.

Not surprisingly, this was made during the Ptolemaic Dynasty, a curious period when Ancient Egypt was under the leadership of a greek. 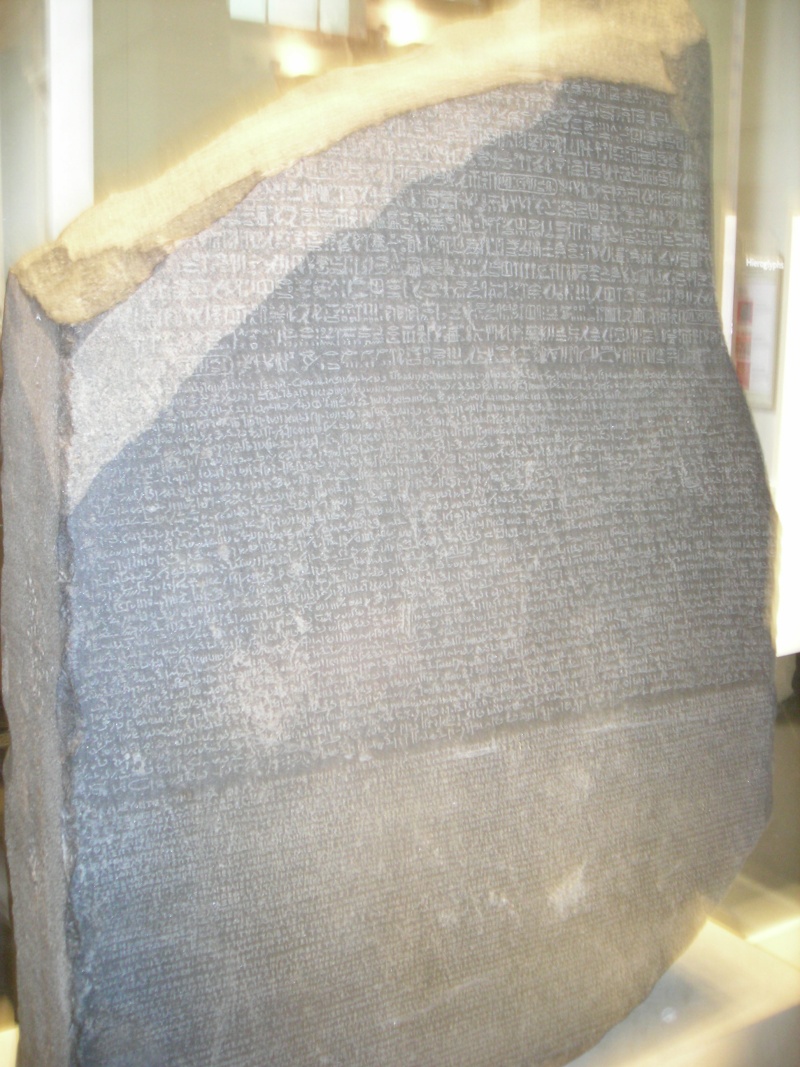