Some years ago received a Shop Smith model 10 as a birthday gift. It was my Dad's, and he had bought it from a local used tool store when I was kid. While it was terrifying as a table saw, it worked well as a drill press and remained in that configuration for years. It sat in that garage and the next after we moved for years, mostly unused.

When my grandpa died, Dad inherited a much newer and in better condition Shop Smith model V. Again, the model 10 sat. Since I really don't like seeing tools go unused, I asked if I could have it as a gift one year. After unloading, I occasionally used it in my own garage for the next few years until I found myself really wanting to try pen making....in winter...in Minnesota.

I disassembled the poor, dusty, and spiderweb cloaked thing and reassembled it in my nice warm basement. While researching pen turning, I realized that I could just find replacement parts for the model 10 on eBay, including a lathe tool rest intended specifically for my model. That worked surprisingly well, but I noticed all the other things which were wrong with the Shop Smith in the process. The table trunnion was cracked, the table raiser adjuster was broken and had an ugly repair braised on, the adjuster screw was bent. Finally, the pulley guard which protects the operator from injury in the event of a broken belt.

During The Month Off, I realized that one thing that was bothering me is how disorganized my basement had become. This year, I'd like to make it my priority to correct that. And for that, I'll need that Shop Smith.

I found replacement parts, once again, on eBay. While likely overpriced compared to shopping around locally, the cost is offset by the ease of ordering and arriving at my house. After a week, most of the parts arrived intact.

Adding the pulley guard was simple. After loosening the bolt on the mountpoint, the guard slipped on easily. I was surprised about how light it was. Instead of steel, my guess is that it's made out of cast aluminum.

Replacing the table raiser was also simple. After pulling out the table itself, it just slipped on one of the table's mounting posts. While steel, the construction is definitely one of compromise. If the table was loosened and slipped down, the raiser would slam down on the adjuster bolt at the furthest point. Obviously, this is what happened to the original part. Someone in the Shop Smith's past braised on a piece of angle iron as a replacement.

I'm hoping to unbend the adjuster screw, but I'm unsure how well this will work even if I take a torch to it. I may seek out a replacement there too.

The big thing to fix was the table trunnion. It was broken when I was a child, but it was serviceable nonetheless. While it might be possible to repair the original through braising or adhesives such as JB Weld, I didn't want to risk it on such as critical part. Fortunately, replacing it is straightforward.

With some penetrating oil, I removed the locking bolt. The replacement I received as in better condition than the one I had, with noticeably less wear. I decided to replace it. After unbolting the trunnion and the block which held on the table posts, I found the trunnion had an additional, hidden bit of damage. One of the bosses which was used to bolt the trunnion onto the table was broken and only held down by the bolt itself. It's no wonder why I could never get the table to be flat or level.

After I reassembled the table, I decided to try re-configuring the Shop Smith as a disk sander. I had bought a cheap disk sander for a drill head a few weeks ago after I found I really needed one but didn't want to purchase a dedicated machine for it instead.

I pulled a miter guide from a disused router table and slotted it into the Shop Smith. To my surprise, a speed square showed that the disk and the miter guide were very square with each other. Neat!

As I was packing up to go upstairs, however, I noticed the table looked to be at a wrong angle with respect the the axial axis of the machine. A level quickly confirmed this. Since the posts of the table cannot be adjusted individually, I suspect what I need to do is use shim washers to re-level the table under the trunnion and bearing block. That shouldn't be too hard of a repair to do.

I'm happy I've been able to repair this 70 year old machine and keep it running and making things. It certainly has a lot more work I could do on it. The base on which the Shop Smith rests is a bit too low for me and has no storage capabilities. I'd like to fix that in the coming year. 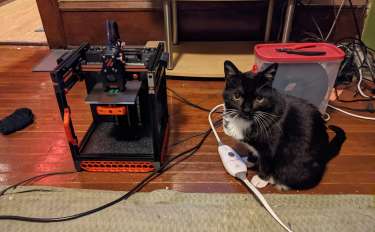 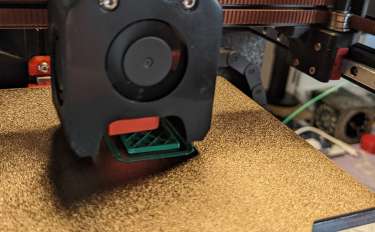 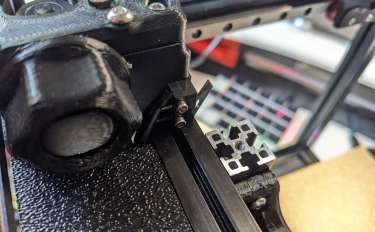 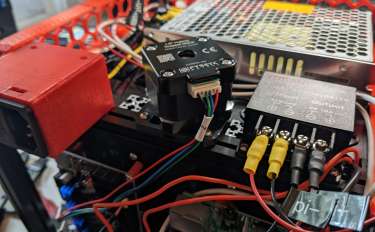