Working on Flag module has been very difficult the last several weeks. In the middle of my vacation we discovered that the house needed a new water main.

It took another two weeks to arrange payment through the city and for the contractor to come out and put in a new main. All that time, I lived in terror that one morning the taps would simply stop working in the house. The dishwasher didn't work. Showers were difficult and brief. Toilets didn't always refill. The housemates and I managed to get through it. Now we have a shiny new copper main and better pressure than I have ever had in in a house.

Meanwhile, the porch roof continued to leak. We knew about this when we initially bought the house. Since the porch was a late addition, we assumed that it wasn't much of a problem. In the last year, however, the slow dripping has become a constant stream during any rainstorm. Curiously, we discovered the porch did not actually have a roof. Instead, it had some plywood with plaster mopped over it. Amazingly, that wasn't what was leaking. Apparently a gutter that was on the exterior of the house prior to the porch addition was integrated into the roof. That was what was leaking. Either way, we needed a whole new roof. I knew I had the money coming to do so, but finding a contractor was a mess. Last week, we finally had them out and they put in new decking, new rubber membrane, flashing, and a shiny new scupper. Hopefully now the porch roof will endure the coming winter with grace.

Unfortunately, the damage to the floor inside the porch was already done. Most of the subflooring will need to be torn out and replaced. Not the most fun job, but it's one I can do next summer.

This has been an expensive year of home ownership. New appliances, several major repairs, one major upgrade. And there's still a lot left.

In a way, it's a good thing the water main needed to be replaced. The dramatic increase in water pressure means that we could finally complete the basement bathroom and expect it to be usable without compromising the other floors. I recently bought a new vanity on clearance, although it will probably not be plumbed in for months or even a year. Finishing the basement is a project I want to undertake myself, rather than hire out. I may hire out pieces, but walls and floors are mostly done. I want to put up some high quality acoustic tile for the ceiling. For the bathroom, tile flooring, and laminate wood elsewhere. I don't know when I will start working on that project. In all honesty, I'd rather wait until I can have the old windows replaced down there with glass block. I have yet to ask a contractor for an estimate. Maybe I will once I get the bill back from the roofers. 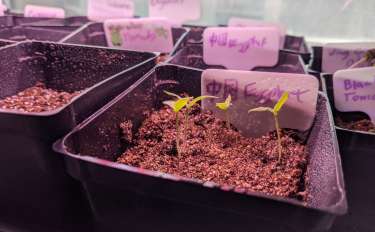 This week's theme is plumbing